Skip to content
Home Marvel Black Widow: 15 Facts About The Cast You Need To Know

Here are 15 fun facts about the cast of “Black Widow” and some behind-the-scenes secrets for anyone who loves Scarlett Johansson, Florence Pugh, David Harbour, and the team of “Black Widow.

1. Scarlett Johansson traveled around the set of “Black Widow” in a golf cart, which she had named “Widow Mobile,” and decorated it with a black furry spider, a black widow.

2. While Rachel Weisz was shooting in Pine Studio, London for “Black Widow,” her husband, Danielle Craig, was also in London, filming “No Time to Die” at the same studio.

3. Scarlett Johansson and Florence Pugh were both very anxious and intimidated by each other before they first met.

4. Scarlett found out about Black Widow’s death in the movie while she was talking to Kevin Feige on the phone. While on the call, she was calm and joked about it. She admitted to being heartbroken about it and crying in the shower later.

5. On the sets, Scarlett, Florence, and David felt like they were a family unit, with Scarlett being the older daughter and Florence being the baby of the family.

6.The suit and the backpack which Scarlett wore for the role were cumbersome and uncomfortable. In addition, it was so difficult to move that Scarlett had to remove the costume from time to time to be able to sit, talk and move around.

7. The “Red Guardian” costume worn by David was just as uncomfortable. He said that it felt like his head was getting crushed, and it also didn’t smell very good by the end of the day.

8. Florence and Scarlett had bonded so well within a week of knowing each other, they’d make each other laugh by putting their fingers in each other’s armpits when they were sweaty.

9. During the filming, Florence had a constant companion, a cactus, who she had named Barry. She sang songs to it, looked after it, posed with it on Instagram, and even performed surgery on the plant.

10. David was the one who suggested that Yelena’s comfort song should be “American Pie.”

11. The scene with Alexei, the pig, was supposed to be cut from the movie. It was included because Rachel loved working with pigs and was adamant that the scene be included in the film. 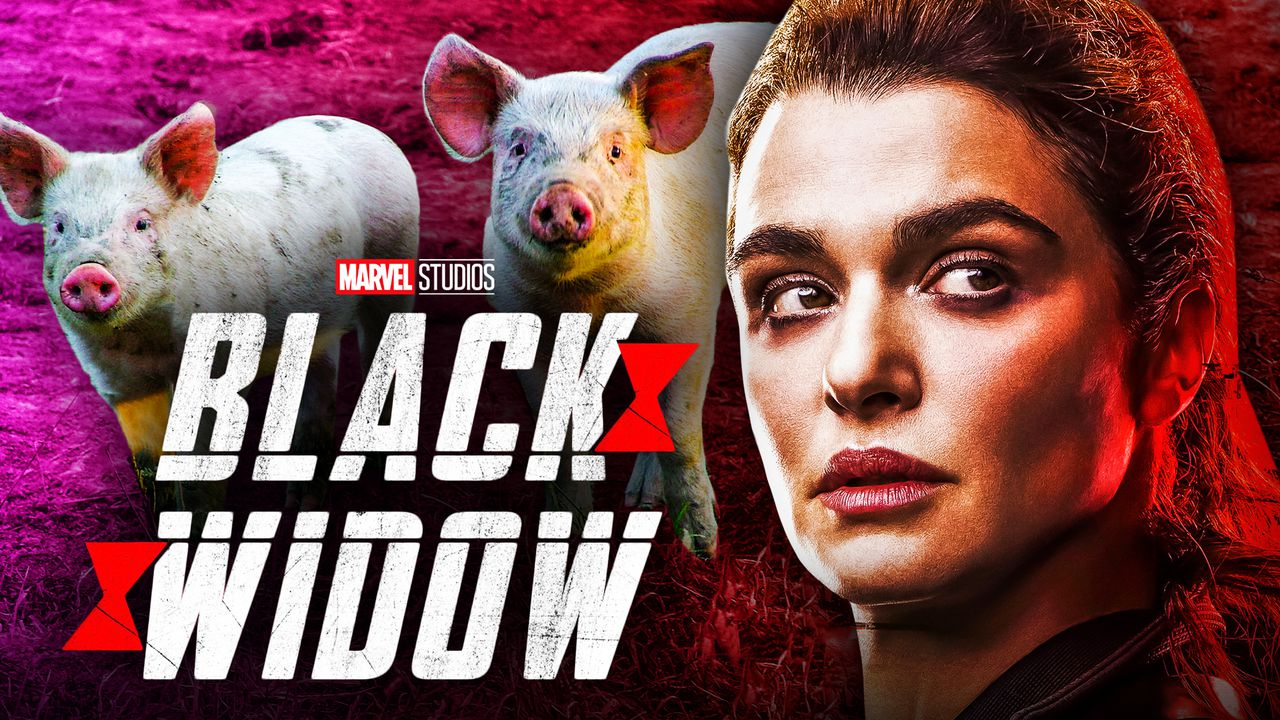 13. One day, during the filming, Scarlett and Florence were strapped to the motorbike for 5 hours and Scarlett’s daughter would feed Florence ice cream when they weren’t shooting.

14. David Harbour lost 60 pounds during the movie’s filming to be able to shoot the Red Guardians’ flashback scenes.

15. Florence was the Trickster on the sets of “Black Widow”. She loved to play pranks on David by putting her finger into his nose when he least expected it.

When Black Panther debuted in 2018, it became nothing short of a cultural sensation. People adored the film’s universe, the heroes it introduced, and the villains it explored….

Phase 4 introduced Wanda’s new powers to the MCU. They may mean only the Scarlet Witch can defeat Marvel’s latest villain Kang in Avengers 5 and 6….

Doctor Strange in the Multiverse of Madness saw Strange getting a third eye, but why didn’t Scarlet Witch also get one? Let’s take a look. Doctor Strange…

Here are all 53 end-credits scenes that Marvel has released in the Marvel Cinematic Universe, from Iron Spider-Man: Man to No Way Home. MCU Post Credits Scenes…

Thor Is Unworthy In The Marvel Universe After His Darkest Death

Thor was just deemed unworthy to his core, as the powerful god’s Celestial judgment ends in one of the hero’s darkest deaths in the Marvel Universe Warning!…