The Milky Way galaxy is made up of 200 billion stars and maybe 100 billion planets. Even if just a tiny proportion of those planets maintained life, and even if only a pitiful scattering of those planets had intelligent lifeforms, our galaxy would be swarming with alien civilizations, some of which would be seeking for us or discoverable for at least a short time. 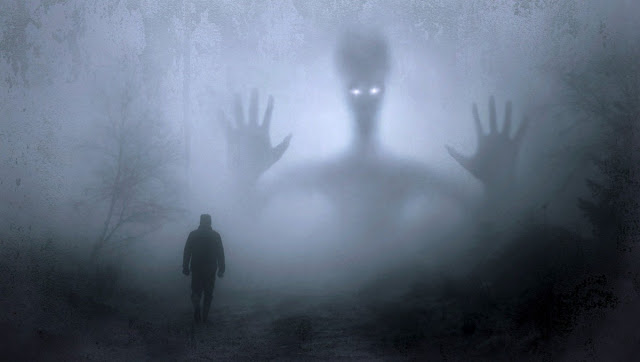 The Drake equation, which converts the preceding components into variables, may be used to calculate the number of extraterrestrial civilizations that should exist in the galaxy. When you enter them into the calculation, you get to the conclusion that our galactic neighborhood should have at least 20 civilizations. When you think about it, the fact that we have yet to discover any other life in the universe is almost astounding.

The Fermi paradox refers to the apparent discrepancy between how many advanced civilizations there should be in space and the lack of evidence for any. Over the previous several decades, it has given rise to hundreds of concepts and proposed solutions.

The Dark Forest theory explains why we haven’t heard from aliens by asserting that they are intentionally staying quiet.

The argument is best spelled out in Liu Cixin’s book The Dark Forest. The storyline of the book, the second in a trilogy, is concerned with how to communicate with possibly hostile extraterrestrial species.

The following is how the novel’s argument is set out:

All life seeks to stay alive. There is no way of knowing if other lifeforms can or will annihilate you if given the opportunity. In the absence of guarantees, the safest choice for any species is to eliminate other life forms before they can do the same.

Because all other lifeforms in the book are risk-averse and prepared to go to any length to preserve themselves, every contact is risky, as it nearly always results in the contacted species wiping out whoever was dumb enough to give away their position. As a result, all civilizations seek to remain radio silent.

This excerpt from the book explains the reasons for the paranoia: ‘The universe is a dark forest. Every civilization is an armed hunter stalking through the trees like a ghost, gently pushing aside branches that block the path and trying to tread without sound. Even breathing is done with care. The hunter has to be careful, because everywhere in the forest are stealthy hunters like him. If he finds another life—another hunter, angel, or a demon, a delicate infant to tottering old man, a fairy or demigod—there’s only one thing he can do: open fire and eliminate them.’

Scientist David Brin proposed this notion as a possible answer to the absence of radio evidence for extraterrestrial life. While the form he describes employs robotic probes to eliminate civilizations other than the one that produced it, the essential principle remains the same. In this paragraph, he argues why this answer is appealing from a technical standpoint but horrifying from an existential one:

‘It is consistent with all of the facts and philosophical principles described in the first part of this article. There is no need to struggle to suppress the elements of the Drake equation in order to explain the Great Silence, nor need we suggest that no ETIS anywhere would bear the cost of interstellar travel. It need only happen once for the results of this scenario to become the equilibrium condition in the Galaxy. We would not have detected extraterrestrial radio traffic- nor would any ETIS have ever settled on Earth- because all were killed shortly after discovering radio.’

For over a century, we’ve been shouting our existence to the universe. Any extraterrestrial within a hundred light years of us would be bombarded with radio transmissions from our way. We could have a problem if we had reason to avoid informing aliens about ourselves, as Stephen Hawking believed we do.